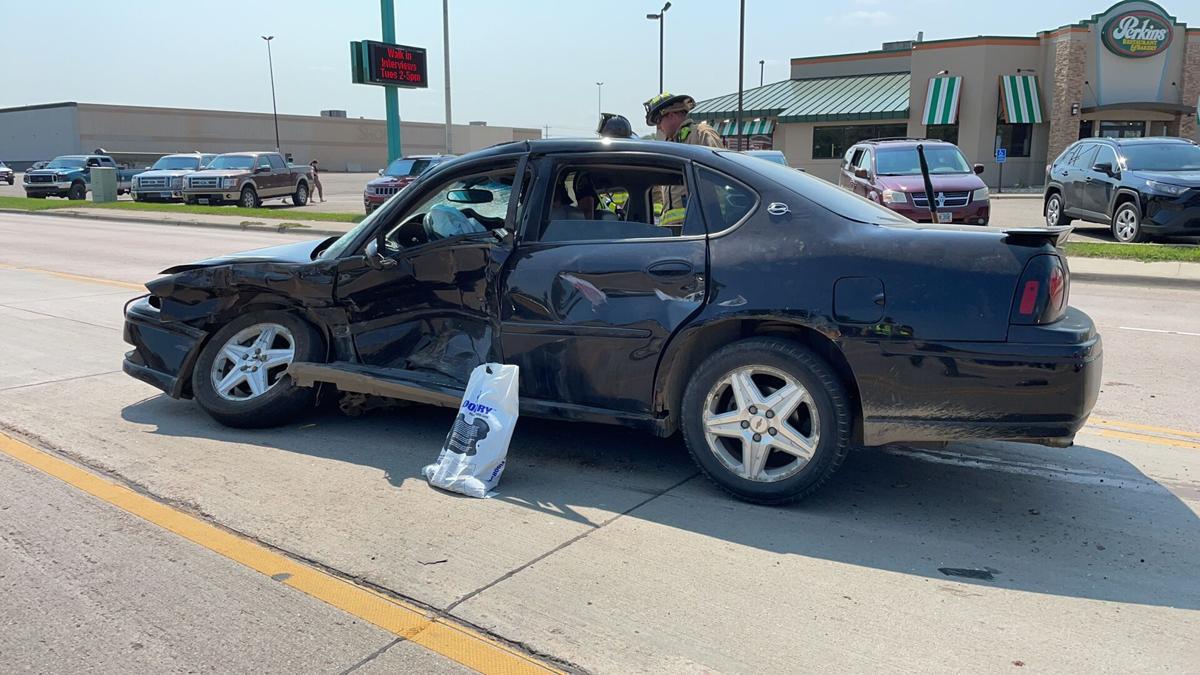 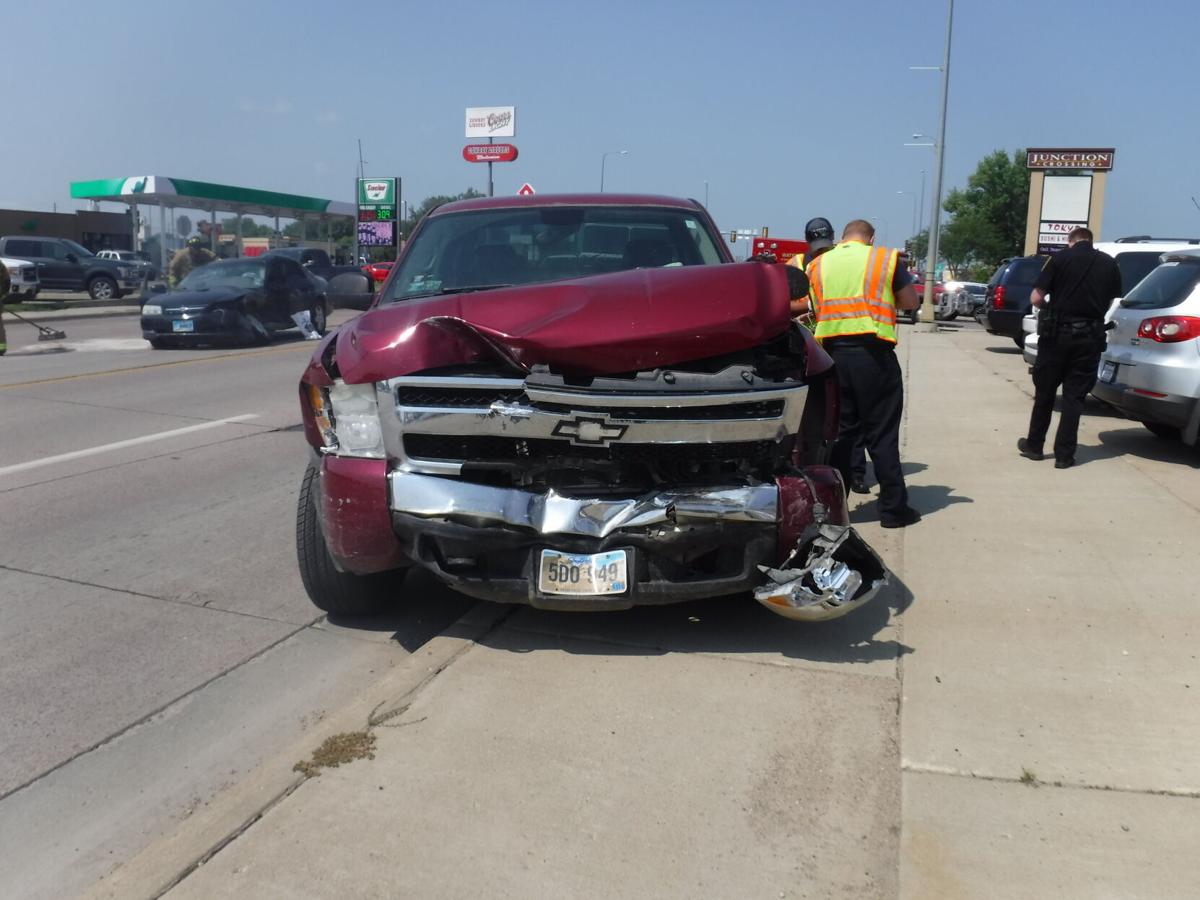 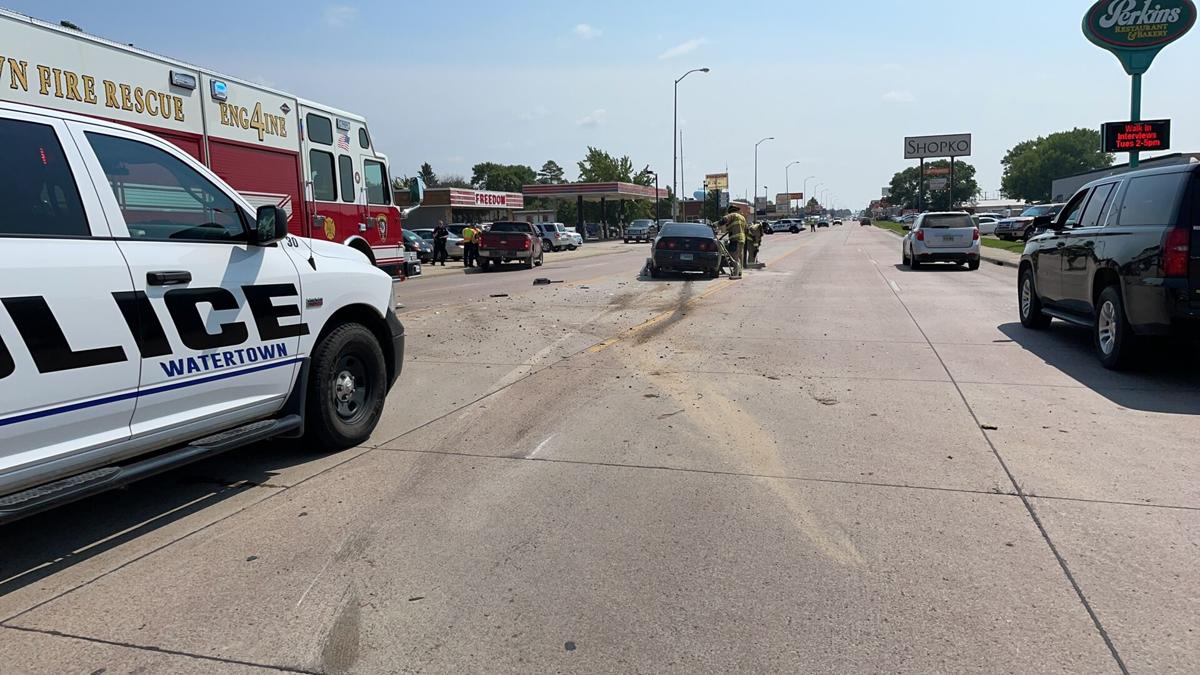 Watertown, SD --  Saturday July 16, at 11:21AM, Officers were dispatched to the intersection of 9th Avenue and 5th Street SE (Hwy 212/81) in Watertown for an injury crash.  Police say that a 2004 Chevrolet Impala being operated by a 14-year-old female from Watertown was exiting a parking lot on the south side of Hwy 212 and attempting to turn west. This Impala turned out in front of an eastbound 2007 Chevrolet Silverado being operated by 52-year-old Doreen Haselius of Watertown. The juvenile female became trapped in her vehicle but was freed with the assistance of Watertown Fire Rescue. She was transported to Prairie Lakes Hospital with serious but non-life threatening injuries. Both drivers were cited for driving without a valid license. The juvenile female was also found to be in violation of entering the roadway without yielding to on-coming traffic. Doreen was arrested on scene as she had an outstanding warrant for her arrest. Traffic was diverted around the intersection for a short period of time while the crash was being investigated. The Watertown Police Department was assisted by the Codington County Sheriff’s Office and the South Dakota Department of Game Fish and Parks.